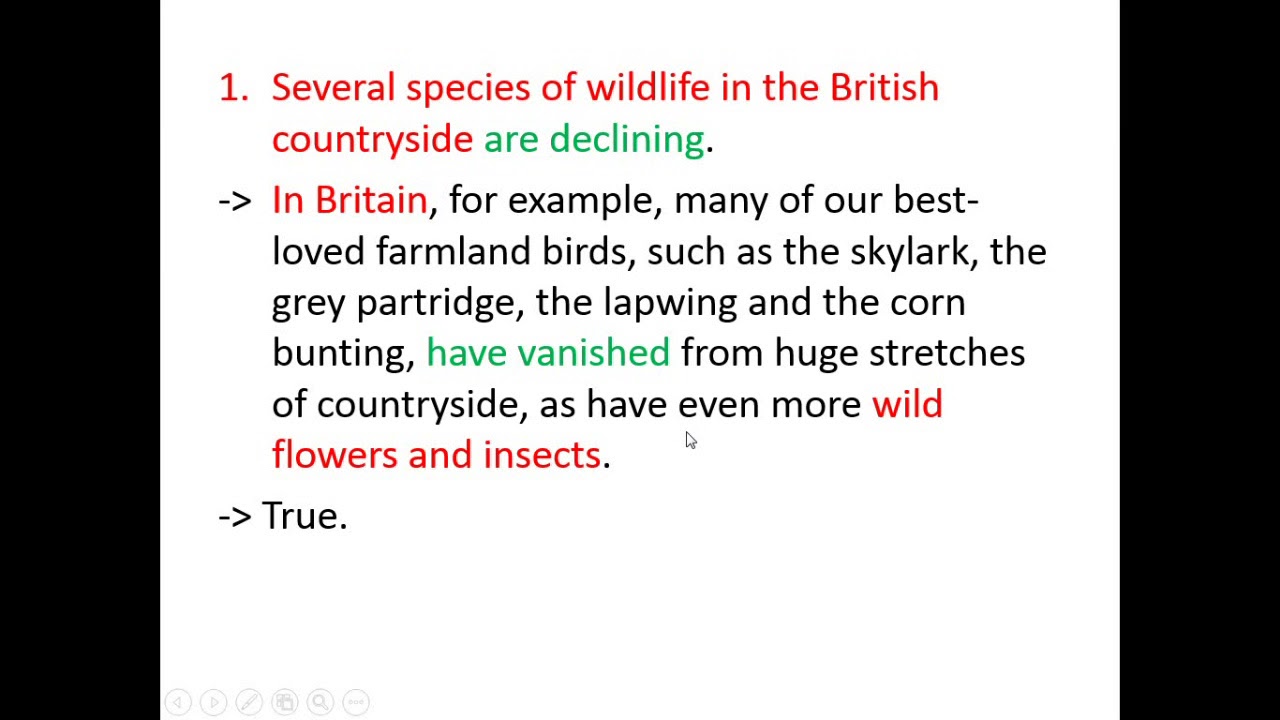 1. Câu hỏi:
Several species of wildlife in the British countryside are declining.

Passage:
In Britain, for example, many of our best-loved farmland birds, such as the skylark, the
grey partridge, the lapwing and the corn bunting, have vanished from huge stretches of
countryside, as have even more wild flowers and insects.

2. Câu hỏi:
Prior to the start of MIRTP the Makete district was almost inaccessible during the
rainy season.

Passage:
When the project began, Makete District was virtually totally isolated during the rainy
season.

3. Câu hỏi:
Our ability to deal with a lot of input material has improved over time.

Passage:
However, the fact that we are accustomed to processing large amounts of information
does not mean that we are better at it.

4. Câu hỏi:
The trees from which quinine is derived grow only in South America.

Passage:
At the time, quinine was the only viable medical treatment for malaria. The drug is
derived from the bark of the cinchona tree, native to South America.

5. Câu hỏi:
It is always difficult to determine where an animal lived when its fossilised remains
are incomplete.

Passage:
You might wonder how we can tell whether fossil animals lived on land or in water,
especially if only fragments are found. Sometimes it’s obvious.

6. Câu hỏi:
Alien civilisations may be able to help the human race to overcome serious problems.

Passage:
It is even possible that the alien civilisation may pass on the benefits of their experience
in dealing with threats to survival such as nuclear war and global pollution, and other
threats that we haven’t yet discovered.

Passage:
Observation of iconoclasts shows that they embrace novelty while most people avoid
things that are different.

Passage:
Theme parks are undergoing other changes, too, as they try to present more serious
social and cultural issues, and move away from fantasy. This development is a response
to market forces.