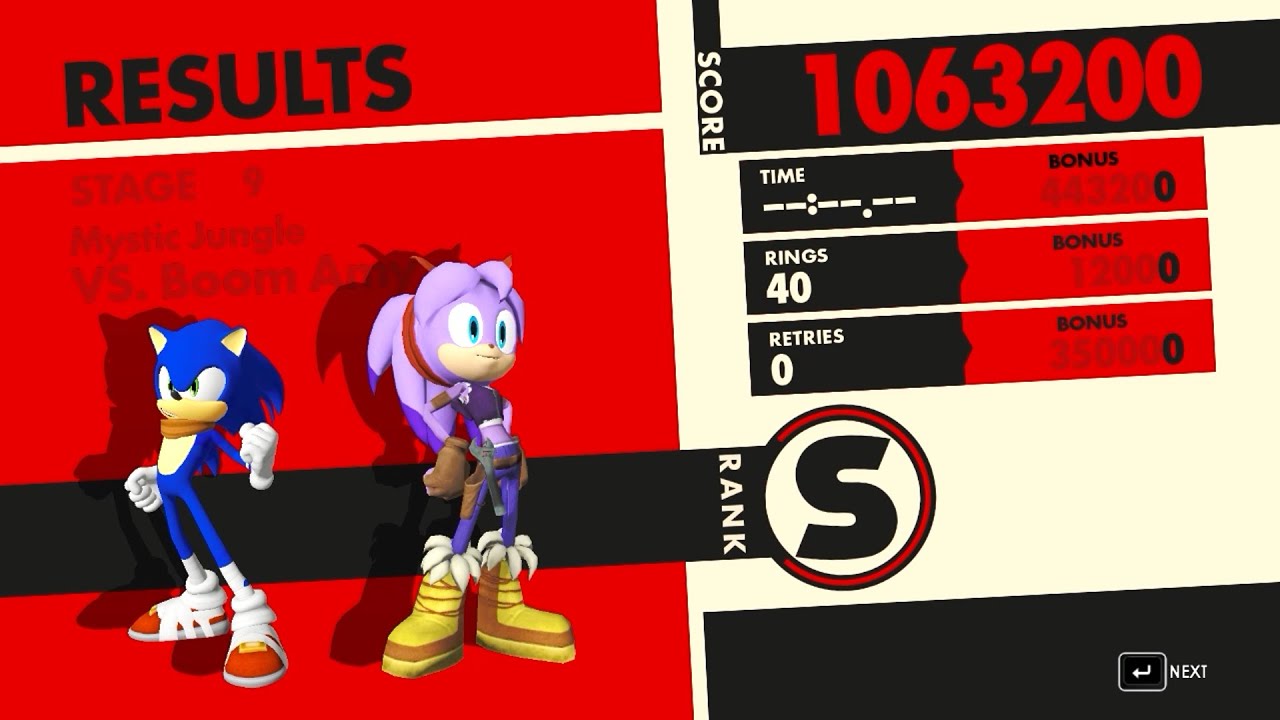 📌==//Notices – Informations//==◈
I thought I’d continue with the Sonic Boom Series Mod but I thought I’d add more now and a lot more fixes because in this version I’m just adding the models in the series. There have been versions before this but I thought I should add more of everything that is just Sonic Boom! This is a Sonic Boom Series Forces Project that I have already upgraded to the Third version and added a lot of exciting and newer things to this Mod. But that’s not all in the fourth version, there will be many more new features and fixes in the Mod. And these must be included in the Mod listed on this list:

-Another Title Screen which has been redesigned with a new Avatar Perci and Sonic The Boom style but this is a Series tyle.

-Amy is the Sonic Boom Series version I replaced with Infinite Boss Fight and also added the sounds from the Sonic Boom Rise of Lyric to the character.

-And I added nothing more than a unique Sonic Boom Series Super Sonic that I made everyone to make it playable super form too!

-And in the outside world, I also added the character Normal / Super icons.

-And I added a special avatar that is none other than Perci from the Sonic Boom Series I thought I should also add a new avatar that is nothing more than a minute and became a perfect avatar so I didn’t want to miss it.

And there will be more updates in the next version of Mod! More to come soon! The release will need a few more updates and many many innovations are expected in the four version as well! Don’t miss it either! The Next version is coming Sonic Floss dancing animation in results! And i don’t forgot add tails too into sonic forces!

Enjoy this Mod videos, and see you next time, and Thanks for watching! This Mods is coming more updates, stay up to date!
Mod Version: V3.0 (Boom Special)

©/Credits/:.
~Everything is created and maked by: @SonicOnBox

Subscribe into my Channel and Flow up my News, on my Twitter on another Activity Pages! Watch my All Character Renders, in DeviantArt! My News or Mod informations Look at my Twitter Page, that’s my activity page. Or Have a Question? Follow up for Twitter or i’m answer it!