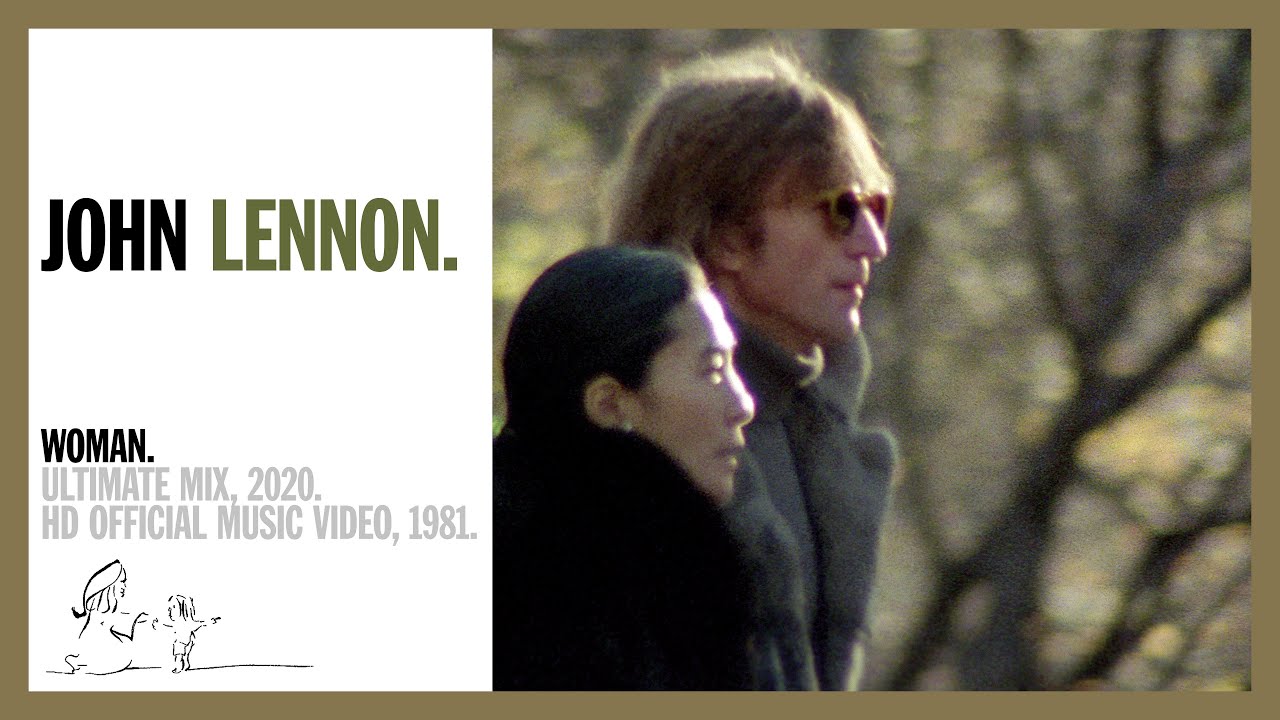 ABOUT THE SONG
John: ‘One sunny afternoon in Bermuda, it suddenly hit me what women do for us… everything that I was taking for granted – because that’s the way we were brought up. My history of relationships with women is very poor – very macho, very stupid, but pretty typical of a certain type of man, which I was, I suppose – a very insecure, sensitive person acting out very aggressive and macho. Trying to cover up the feminine side, which I still have a tendency to do, but I’m learning. I’m learning that it’s all right to be soft and allow that side of me out. Women really are the other half of the sky, as I whisper at the beginning of the song. It’s a ‘we’ or it ain’t anything.’

ABOUT THE VIDEO
The video for ‘Woman’ was directed and edited by Yoko Ono Lennon as a tribute to John in early 1981, during a very raw time soon after John’s murder, while Yoko was still in mourning. The footage of John & Yoko together had been directed by their old friend, photographer Ethan Russell on 26 November 1980 – a sunny autumn day in Central Park in the area that would later be called ‘Strawberry Fields’ and at the Sperone Westwater Fischer Gallery at 142 Greene Street in SoHo, New York. There are further shots of a grieving Yoko (in a white fur coat or grey jacket), directed by Yoko and filmed at the Dakota and alone on the benches at Strawberry Fields in January 1981, that are combined with album covers, artwork, and a selection of photos by John, Bob Gruen, Nishi F. Saimaru, David Nutter, Kishin Shinoyama, Iain Macmillan, David Spindel, Paul Goresh and others. The video was remastered in 2003 from all the original footage and further enhanced in HD in 2019.